Hello and welcome to another Top 5 Wednesday as hosted by the lovely Sam of Thoughts on Tomes. I haven’t done one of these in a VERY long time, so to kickstart my blog again (because let’s be real, I’ve been slacking), I figured I’d do this week’s T5W! Let’s jump into it!

This week’s T5W topic is…

September 6th: Classes Based on Books/Characters
–It’s back to school season, so let’s discuss some classes you’d like to take either based on books or based on characters’ skills. I ENCOURAGE YOU TO NOT USE HARRY POTTER, because that is too easy. You are supposed to make up your own classes. For example, you could use How to Dismantle a Dystopian Regime for The Hunger Games or Archery 101 with Katniss.

These are in no particular order.

5. Aircraft & Flying: Learning to Fly Spacecrafts with Captain Thorne – Can you imagine taking a flying class with Captain Thorne from the Lunar Chronicles? I think this would be a super fun class because not only do you get to spend time with Thorne, but you also get to learn how to fly different kinds of aircraft, including those that can go into space! I love flying so this would definitely be one of my top picks for sure.

4. Controlling the Elements with Vhalla Yarl – I think Vhalla is a seriously kickass lady and the control she has over her element air is amazing. I think she and Aldrik would actually make a great team since they have opposite elements that they can control. I don’t know what element I’d have… I kind of feel like I’d be able to control earth or fire, but who knows?

3. Creative Writing: Fanfiction with Cath – I’m already a writer and I love to write, but I haven’t really tried fanfiction before! I think that this class taught by Cath (which would be interesting in and of itself) would be super useful because she’s really good at fanfiction and writing. I’ve always wanted to try, so why not take a class like that?

2. Painting 101 with Feyre Archeron – I’m a very artistic person but I’d still love to be able to take painting classes with Feyre. She seems like she’d be a fun teacher who also would be sassy with you if you were screwing around and stuff. I think I’d learn how to paint very aesthetically pleasing environmental pieces, if anything. 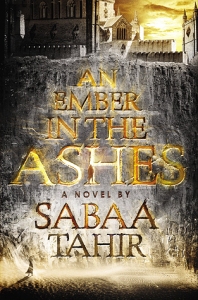 1. Combat Training 101 with Elias Veturius – I think my body would be in the best shape ever if I learned about combat from Elias. Can you imagine? It would be crazy! I’m sure we’d use practice weapons and stuff, but what if we had to use real ones? I’d hurt myself, let’s be real.

There you have it! Those are five classes I would take if I could take classes with book characters. They’re kind of all over the place, but I think I’d definitely have fun in all of them.

If you could take a class with any character, who would it be and what would be the class? Would you take any of the classes I’m taking?

4 thoughts on “Top 5 Wednesday – Classes Based on Books/Characters”