Welcome to another Top Ten Tuesday as hosted by the lovely people over at The Broke & the Bookish. Today’s topic is all about anything we want to gush over, whether it be a character, a series, a TV show, a movie, a fandom – anything! So, for this topic, I just HAD to talk about my love for Disney.

If you didn’t know, I’m a major Disney fan. I have a tattoo and everything, so it’s on my skin for forever branding me as such. 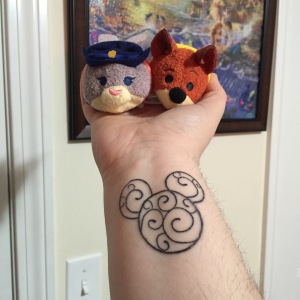 My love for Disney and its franchise stems from childhood as I grew up during the “Disney renaissance era,” so it’s always been in my life, but in more recent years it’s become much more of a passion than before.

So here are my top ten reasons why I love Disney:

1 . The characters – There are so, so, so many characters in the Disney universe, and they have provided some of the best I could have ever hoped for. Plus, if you go to the parks you can meet them. You may be thinking, “That’s just for kids,” but really, it’s not! My husband and I met a bunch of characters when we went to Walt Disney World for our honeymoon in December 2014, and it was the best! The characters were all super fun and nice. Here’s just a few of the characters we met: 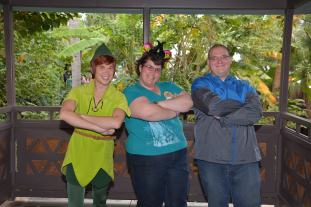 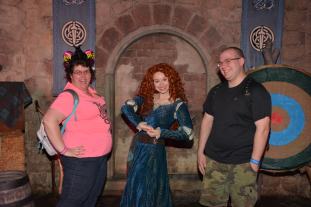 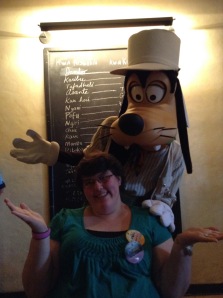 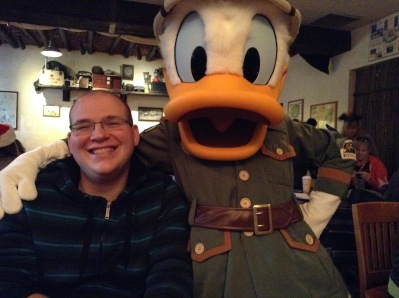 2. The parks – Speaking of WDW: OH MY GOD, BEST WEEK OF MY LIFE. The structures were beautiful and out of this world, the decorations (since it was the week of Christmas) were all very lovely, the attractions were fun, and it felt so magical. 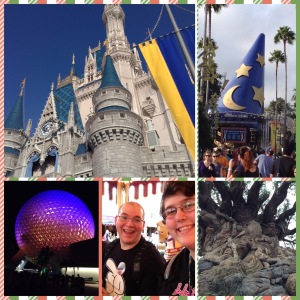 3. The movies – Now there’s a bagillion and a half Disney movies out there, but they’re some of the most creative animated films I’ve seen, so I love watching them. My favorite is Disney/Pixar’s Inside Out. It’s such a beautiful film and it really just spoke to my soul. Plus, the animation keeps changing and developing, and though I love the traditional style, I really do enjoy the 3D elements to the newer movies.

4. The songs – They’re so catchy! You know it’s true. I love singing along to the songs in my car or around my apartment, and sometimes I can just sing a song in my daily life depending on if someone says something, especially, “Let it go~ Let it goooo~” 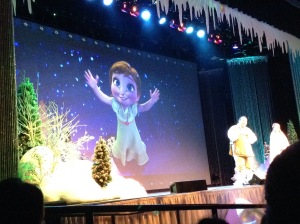 5. The worlds – Okay, this is in line with the movies aspect, BUT to be more specific, I love the worlds that Disney creates. Some of the worlds are so vivid and grand that it’s hard to not picture a place like that existing in real life. From the castles in the princess movies, to places like Zootopia and Tomorrowland, there are so many wonderful worlds to explore. And there’s even ones based out of real places, too, which is neat!

6. The food – If you’ve been to the Disney parks then you KNOW they have some of the most delicious food of ever. It’s seriously like having a little bit of heaven in your mouth whenever you eat anything there. Most notably, I remember having The Gray Stuff at the restaurant Be Our Guest, and that was very sweet and yummy, and also a giant cinnamon bun from Gaston’s Tavern that was so. Good. Oh man. 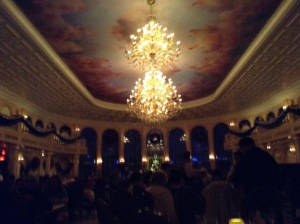 Be Our Guest restaurant

7. The merchandise – I love Disney merch! I admit it, if I could own all the things, I would own all the things. But alas, I cannot, but I still love how much merch is out there for Disney related products, from socks to handbags, shirts to shoes, aprons to cookware to jewelry and more. There’s so much awesome merchandise out there, and I will one day have a house full of it. Not. Even. Kidding. (My husband will just have to be okay with it.) 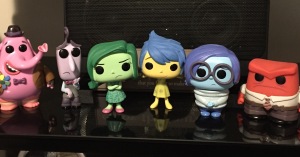 Inside Out Pop! Funkos

8. The messages – There’s a lot to be learned through Disney and I think it’s so awesome that kids growing up watching Disney Channel shows and Disney movies can learn a lot about different things depending on their age group and what they can take away from it. From learning to count and their ABCs, to learning about morality and what it’s like accepting others for who they are, there are so many things that kids of all ages (including adults) can learn and relearn.

Some of my favorite quotes:

“The flower that blooms in adversity is the most rare and beautiful of all.” – The Emporer, Mulan

“Ohana means family. Family means no one gets left behind or forgotten.” – Stitch, Lilo and Stitch

“The past can hurt. The way I see it, you can either run from it or learn from it.” – Rafiki, The Lion King

“You’re braver than you believe, and stronger than you seem, and smarter than you think.” – Christopher Robin, Winnie the Pooh

“Our fate lives within us; you only have to be brave enough to see it.” – Merida, Brave

“A true hero isn’t measured by the size of his strength, but by the strength of his heart.” Zeus, Hercules

9. The joy – There’s a simple and pure joy that comes with talking about Disney. I’m not discrediting that there are, of course, problems just like with any company, but overall when I think of Disney I think of happiness and joy. Seeing my nieces watching Disney shows or sing with me while we listen to Frozen on full blast, or going to the parks and seeing so much excitement and wonder not only in others eyes, but also knowing it’s in my own? That’s something that I think is really something to treasure.

10. The memories – I’ve made so many memories that are Disney related, from watching movies as a kid, to visiting the parks for my first time, to getting a Disney tattoo, to having our first date and one year anniversary be a Disney movie date (Wall-e and Up, respectively). There are so many memories I’ve made so far and I hope to make a lot more in the years to come. 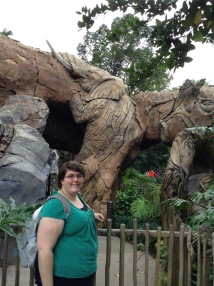 I’m sure I can go on and on, but those are just some of the reasons why I love Disney and always will. 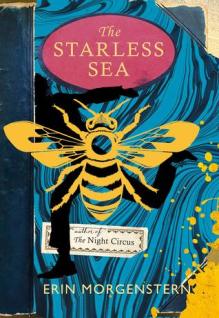