Let’s talk about this topic that every bookworm ever either hates or doesn’t mind.

I mainly want to talk about this because of the recent blow up over Renee Ahdieh‘s duology of Flame in the Mist because it’s getting a mid-series cover change to have covers with people on it. Of course a huge part of the discussion was because it was a POC that was added to it, but… I honestly don’t know how to respond to that other than the book is literally a retelling of Mulan. A Chinese woman. A person of color. What else is she supposed to look like, a fish? (Also, yes I’m aware that this is based in Japanese culture, but I’m just saying.)

Okay, first of all let’s discuss these covers aesthetically speaking.

In my 100% honest opinion? I really like these covers. Not only do they feature a female POC who (I believe) is the main character of the story (I haven’t read it yet), but the colors and details around the cover are very aesthetically pleasing to the eye. The cherry blossoms around the edges are representative of east Asian culture, which this story is inspired by. And then the twin dragons on the second cover in the shape of a heart? Dragons are also a large part of east Asian cultures.

But again, I want to state that I have NOT YET read the first book in this duology. I do not know the significance of the dragons, but I am assuming it has to do with a love interest in the story.

I also want to state that I don’t know the whole story as to the backlash that these particular covers are getting because I haven’t been very up to date with book Twitter lately (which is largely where I get my bookish news), so I apologize in advance for that.

My one caveat with the cover is her expression that she uses. I get she’s supposed to be all serious and stuff, but I kind of wish there was a different expression on each cover, which could bring more life to it. Other than that, I’m fine with it.

I would also like to point out that I am very glad that they’re changing BOTH covers of the duology SO THEY MATCH. That doesn’t happen often with mid-series changes. It could also be for the release of the paperback, I’m sure.

I think a large part of the backlash for these covers above is because of the face added and a lot of people – including myself – generally don’t like people on the covers of our books unless it’s significant to the book itself. I mostly say this because I personally find that when people are on the cover they look cheesy as hell and it just kind of makes me cringe. But I can look past that if 1) the synopsis captures my attention, and 2) if I enjoy the book when I read it.

That being said, cover changes mid-series is a very frustrating thing for many readers. The main reason is because, with a cover change, the new cover won’t match the aesthetic of the original cover and therefore can make it look less aesthetically pleasing to the eye when looking at it on a shelf or for pictures or what have you. There have been many examples of this exact thing happening over time and now with social media being such a huge thing in the everyday lives of many people, it’s very easy to understand why people are so vocal about it.

One example I can think about is the Across the Universe trilogy by Beth Revis. The last book in this series had a cover change when it was being released in hardcover and thus didn’t match the same aesthetic as the other two books in the trilogy. And I have to say: I am not a fan of the change. It’s clunky. It’s very ridged, with many defined edges and just a look that isn’t very… nice. 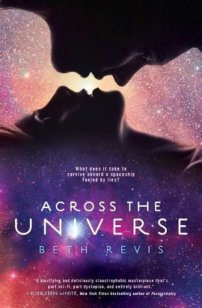 As you can see, the first two covers are highly aesthetically pleasing. At least to me they are. The first two covers tell me a bit about what the story is about (and no, I haven’t read them yet but they’re definitely on my TBR as my husband has read them and loved them). They tell me that they’re about two teens, a boy and a girl, who are most likely facing dangerous circumstances and manage to find love among it all. It probably has some type of harrowing journey along with it, too. But the Shade of Earth cover? Yes, while it is aesthetically pleasing in its own right, it is just very… different from the original two. This one tells me that it’s like the Earth is trying to break through what mankind made. (Who knows? Maybe I’m right?)

But that is just one of the frustrating things about mid-series cover changes. My main question, especially with the example above, is: Why do you have to change to flow of the covers like that, especially when its the last book in the series?

Now I’ve seen many authors over the last couple of years talk about this very issue. They don’t have control over their covers. 99% of them don’t have control, especially in traditional publishing. So when mid-series cover changes happen it’s because the company or marketing department of that company thinks that it will be appealing to more readers to change the covers now to boost book sales.

Sometimes the books are selling very well, though, even without the cover change. Sometimes book sales drop after the cover change. It really all depends and no one can really determine what may or may not happen when this change does happen.

With that said, though, I’m not talking about when standalones get cover changes or when an entire series gets multiple cover changes over time because that’s an entirely different subject matter. (For example, the Grisha trilogy by Leigh Bardugo just got new covers and btw they’re gorgeousssss~) 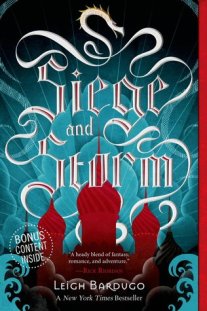 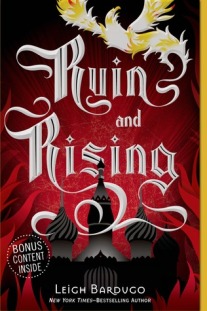 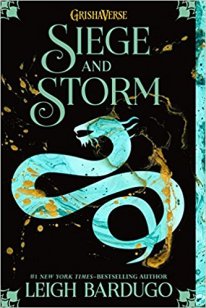 Like this? This is fine. The original trilogy with the original covers were all released and have the same very aesthetically pleasing style, which is great! And to now have the trilogy repackaged in equally stunning covers is just simply breathtaking. As the books were already released and received a lot of love, this kind of change only fuels readers to want to buy these versions of the books for collectability purposes if they already own the books with the original covers.

But when covers are suddenly changed mid-series, it can be very disheartening for readers who love to decorate or show off their shelves. Some readers don’t care either way because they want the book to have the book and continue reading the series – which is totally fine!

And then you also get books that are different sizes when as they continue along in a series. Like, why? What purpose does that serve? Why are you keeping the cover aesthetic but now changing the size? When they’re on a shelf they’re no longer even and THAT can drive readers mad.

I think that mid-series cover changes can help some book sales, though. Sometimes a cover change can make a difference and a new cover design can be a good thing. Honestly, it really depends on personal preference.

Well hello everyone. How are you all? I haven’t blogged in almost a month and it’s been kind of nice to be away from the blogisphere, I’m not gonna lie, but it also felt weird because I’ve been blogging steadily for over two and half years, and to suddenly stop felt so foreign to me, but I think it was definitely needed.

I’ve seen it said and heard many times that once something, like YouTubing or blogging or even reading, isn’t fun anymore, that you just stop doing it or you need to change something about it so it becomes enjoyable again.

I’m going to be honest here: I’ve read one novel (text-based book) so far this year. One. That’s it. But, I have read a bunch of manga (picture-based books) this year, which has brought me more joy than a regular novel has. And you know what? I’m 100% okay with that. I’ve been a huge fan of manga since I was 12, and I stopped reading for a while, so to get back into it as much as I have? Yeah, that’s a great feeling.

Anyway, that’s an entirely different topic, so let’s just talk about what I wanted to talk about today:

What is the future of this blog going to look like and what changes do I have in store?

I’ve been thinking about it for a while now and I’ve talked it out with my husband and other people, and I’ve come to this conclusion:

It’s not that I’d stop reviewing books or talking about book related things, but I’d be introducing and talking about a LOT more than JUST books on this blog.

And honestly? It’s my blog. I can do whatever the hell I want with it.

As this is my own small corner of the internet, I want to include what I love here. This used to be my happy place for a long time, and that changed somewhere along the way. I’m not happy with the content I’d been producing and I want to be able to discuss and do more as a result.

So, what are the upcoming changes that will affect the blog?

Other than what I stated above, I’m contemplating doing a few things:

If anything I would change it to “Rayna Reviews” or something so I can keep the RR logo, but I also might not even change it at all. I’m still a reader, and reading and books will most likely still be my primary focus for the blog, but I just wanted to let you all know of just what I’ve been thinking and why I haven’t been around almost all year thus far.

So thank you all and I hope to still see your lovely faces around even with the changes.

What do you think of the changes? Do you care that I’m going to be introducing these things into my blog? What are your thoughts? Talk to me!