Hey beautiful people, welcome to another Top 5 Wednesday as hosted by the lovely Sam @ Thoughts on Tomes. I always love talking about this kind of topic because 98% of what I read and buy is from seeing people haul them or recommend them on some form of social media. Here’s the topic:

September 27th: Books You’ve Read Because of Booktube/Blogging/etc.
–Discuss the books you’ve picked up because you’ve heard of them in the online book community or platform you use.

I’m pretty sure we can all say at least five books that we’ve read because of people we watch/follow on YouTube, a blog, twitter, etc., so here are my picks for books (novels) and comics (because this is my blog and I do what I want).

5. A Darker Shade of Magic by V.E. Schwab

Considering I just finished and reviewed this, this book is definitely on my mind. This was a hugely hyped book when it first came out, and subsequently the sequels were also super hyped, and I’ve gotta say: I get it now. It was such a great, fast-paced read, and I’m very excited to read the next two books soon. I don’t know exactly who I would’ve seen recommend this, but I know a lot of people did.

I remember watch Kat @ Katytastic one day (or several days) and how in a lot of videos she would talk about this book series. Well, I read it, fell in love with it, and this trilogy is in one of the top five spots of favorite series ever. So yeah, I’m super glad that I found this series when I did through Kat.

3. Anna and the French Kiss by Stephanie Perkins

EVERYONE AND THEIR MOTHER WAS RECOMMENDING THIS BOOK AT ONE POINT. Actually, the whole companion trilogy was being recommended because they were such cute romance YA novels that everyone was reading and loving and so I had to jump on board. And I agree: very cute. I still haven’t read the other two, but I’ll get there eventually.

2. My Heart and Other Black Holes by Jasmine Warga

I remember Jesse @ Jessethereader talking about this book in several of his videos, and when I watched his review I knew that I would really like it. The subject matter is intense (trigger warning for suicide and depression), but those are also topics that are just near to my heart. I remember enjoying the read, though it was a tough one for me to get through emotionally. 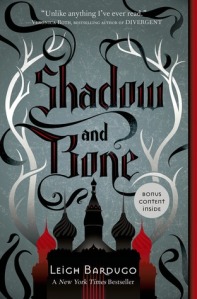 Okay, I’m pretty sure I saw a huge rise in this book series everywhere, but I definitely think I picked up this series finally after watching Sam @ Thoughts on Tomes recommend it all the time. It’s one of her favorite series and as I’ve read the first two books in the trilogy, I’ve gotta say that I’m hooked (and love Nikolai <3). It’s a beautiful world with lots of danger and I love it.

I spend a lot of time on Instagram (like… way too much time lol) and this popped up in the explore section several times when I was just browsing photos. So when I read it (not on Lezhin’s website), I really enjoyed it. It’s a boy’s love (BL) story and though I can’t really remember everything that happened I do remember that I read it all and liked it and wanted a bit more.

This was probably one of the comics I picked up when a lot of people on YouTube were reading it and recommending it. It wasn’t necessarily my cup on tea from what I remember, but it wasn’t bad either. 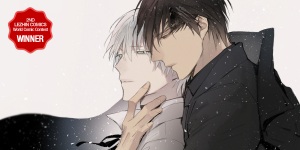 This was another one of those reads that popped up a lot on Instagram and so when I read it (again, not on Lezhin until later chapters when I actually discovered Lezhin), I was hooked. The content can be sensitive sometimes, but the plot is getting better the farther along it goes and I’m actually really invested in it now.

This one wasn’t actually recommended to me via social media (but Rayna, this T5W is about–) SHH, I KNOW! It was actually recommend to me in person by my best friend, and since reading it I’ve been reading it faithfully every week since (or when there’s a new update because sometimes authors have to take breaks, too, you know?). It’s a really cute and beautiful series. (Not all cute, some of it is funny or intense or mysterious.)

Okay, this comic was recommended everywhere on YouTube and it’s actually one of my favorite comic series I’ve read. It’s very intense and violent and sexually explicit, but it’s still a good story. Also, I’ve owned the 7th volume for months now and haven’t read it yet. Like… what am I doing with my life?

I could go on and on about books and comics I’ve read because of social media, but these are the first five that came to mind. Honestly, would I even have read any of these books without being a blogger and being on social media as much as I am? Probably not. I’m so thankful for the ones I have read and so glad others like them as well.